Didn’t catch the 2016 4th Annual Google Performance Summit? On Tuesday, May 24th, Google released news of the largest overhaul to the AdWords platform in 15 years. These changes include a major redesign of the AdWords interface, an evolved relationship between desktop, tablet, and mobile devices, and the end of the most consistent feature in the platform’s 15-year reign: 25/35/35-character text ads!

Over the last 15 years, the AdWords interface has been packed tightly with features to help advertisers enhance their search advertising—so many that the platform is becoming somewhat unwieldy during an age of technology driven by simplicity and efficiency.

The last AdWords facelift took place in 2008, when smartphones were only recently adopted en masse. At the time, AdWords was designed for desktop advertising. Now, Google recognizes the need for a mobile-centric platform: “The days of predictable web sessions have been replaced by numerous short bursts of digital activity throughout the day, primarily on mobile,” says Jerry Dischler, VP of Product Management for AdWords. The interface won’t roll out by the end of 2016 or early 2017, but here is a sneak peak!

Independence day for mobile bid adjustments is on the horizon, albeit a year or two late. Today, more Google searches take place on mobile devices than on desktop, which is why advertisers are calling for more mobile-centric features, especially for mobile bidding. Currently, advertisers can set an ‘anchor’ bid, which sets the bid amount for both desktop and mobile devices. In order to individually adjust the bids, you add in a percentage-based bid adjustment that uses the anchor bid as your multiplier. If your anchor bid is set to $10, your desktop and mobile bid amounts will both be $10. Once you add in a +10% mobile bid adjustment, your mobile bid is now $11.

Sounds simple, right? Well, there are a couple issues with this method. First, you can only set bid adjustments on mobile devices. So, in order to bid higher on desktop, you will need to set your anchor bid higher and then set a negative mobile bid adjustment—not exactly a simple workflow. Additionally, Google assumed that tablets and desktop computers would become interchangeable at the time of the last redesign, and combined them into one group so desktop and tablet share the same bid.

How Bid Adjustments Will Work

The marriage between tablet and desktop is over. Each device will be separated into its own category: desktop, tablet, and mobile. However, the bidding structure between them remains similar. Advertisers can choose a device for the anchor bid, and the other two devices become adjustable based on the anchor. Let’s say we set tablet devices as our anchor bid at $10. All three devices are then set to $10, but we can now adjust bids for mobile and desktop devices separately. So, let’s set desktop to -100% (negating the bid) and mobile to +20%. We now have a scenario where we are no longer serving ads on desktop, and we are bidding $10 for tablets and $12 for mobile devices. Additionally, Google increased the bid adjustment range from -100% all the way up to +900%, which is a drastic increase from the previous +300% max. These changes will allow advertisers to better target specific devices and enable greater control over their bid adjustments.

These numbers have remained a standard throughout the platform’s history—that is, until now. Google announced it is loosening character limitations on text ads. Instead of a 25-character headline and 35 characters for both description lines, the new ad format option will consist of two longer headlines of up to 30 characters, and one 80-character description line. Even display URLs will become more customizable, as AdWords will allow advertisers to add up to two directory paths to better describe the content of their landing pages.

We’re excited to see that Google is catering to the ever-increasing mobile market. With these platform updates, we will have even greater control and customization over each dealership’s paid search strategy. We’ll let you know as soon as these updates are about to go into effect, as well as any other big news coming out of Google HQ! 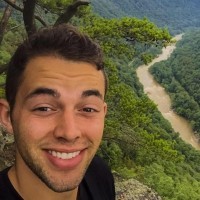 Christopher Devona is a Paid Search Associate at Launch Digital Marketing. He graduated from Columbia College Chicago with a degree in Audio Arts & Acoustics. With too many interests for his own good, you can find him dabbling anywhere from 3D modeling to attempting to play the guitar. The perfect day consists of good beer, friends and a football game. View all posts by Chris Devona →