Have you ever wondered why certain friends and stories pop-up in your Facebook News Feed? Then you think of a Facebook friend that you haven’t seen anything from in a while and wonder why?

I have a confession to make: I am not a big Facebook user. Up until just recently, I’d maybe log on once a week to take a peek at what my friends were up to, but lately, I’ve been logging in every day, mostly to check out my friends’ summer vacation adventures! And now that I’m in there more often, I’m noticing that my News Feed always seems to show posts from the same friends and groups I “like.”

Is it Coincidence or is it Calculated?

It turns out Facebook is filling my News Feed with stories they think I’ll be most interested in based on my recent interactions on the site. They call this factor “Last Actor,” and here’s a quick look at how it works: The “Last Actor” algorithm change looks at your last 50 interactions (things you’ve Liked, commented on, and shared) and then shows you more of these in your feed. So say I browse through dozens of photos of adorable dogs available for adoption — later that day, I will see more dogs in my News Feed. This doesn’t mean that others will now know my private Facebook browsing habits — it just means that the algorithm is filling my News Feed with info it has determined I’ll be most interested in.

I guess that’s a good thing, but I also don’t want to miss a fun picture or update from a friend I haven’t “interacted” with in a while. I get it, though — according to Facebook, there are 1,500 potential stories I could see every single day. I appreciate them throwing in a few extra considerations to bring this number down to a much more manageable 300 (which is what this algorithm change accomplishes). The more things I “like” and comments I make, the more data “Last Actor” has to work with to create a News Feed specifically tailored to little old me!

Some Posts Get a Second Chance This is sounding pretty good, but what about those stories that I would’ve loved but missed because they were “below the fold” on my News Feed? Well, the creative Facebook engineers have developed something called “story bumping” for just this reason.

According to Lars Backstrom, the engineering manager in charge of News Feed ranking:

“The goal of News Feed is to deliver the right content to the right people at the right time so they don’t miss the stories that are important to them. Ideally, we want News Feed to show all the posts people want to see in the order they want to read them.

This is no small technical feat: every time someone visits News Feed there are on average 1,5001 potential stories from friends, people they follow and Pages for them to see, and most people don’t have enough time to see them all. These stories include everything from wedding photos posted by a best friend to an acquaintance checking into a restaurant.”

Before “story bumping,” Facebook would rate all the stories published since the last time you logged in and only show the best ones. If a story wasn’t deemed interesting enough, it would never be at the top of your News Feed. Wait a few hours after a story is published to log in and chances are you’d never see it at all.

“Story Bumping” now looks at the stories that would be “new to you.” Older stories that continue to get lots of likes and comments will show near the top of your News Feed so you don’t miss them. So far, the data Facebook has gathered on their new algorithm suggests that the improved News Feed will do a better job of showing people the stories they want to see, even if they missed them the first time.

What Does This Mean For Me?

For those of you with your own Pages, this is good news. Your most popular organic Page posts will now have a higher chance of being shown to more people, even if they’re more than a few hours old. What’s not to like about that?

So, I’ll give a shout out to Facebook for making these improvements to my News Feed and building their algorithms to determine what I may want to see most. I just might become a more regular Facebook user, even after all the summer vacation stories are over. As long as I “like” what I see, Facebook will show me more, including all those irresistible puppy noses that are looking for a home. Now, if only Facebook could fill my husband’s News Feed with the same thing… 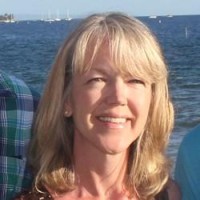 View all posts by DeAnna Kertson →