LDM’s teen intern, Tea Chura, not impressed with an ad.

LDM’s summer intern Tea Chura tells businesses and advertisers how it is. This is one teen’s perspective you’ll want to keep in mind when making ads for a younger audience.

1. Don’t talk to teens like you would talk to babies (or puppies!). We take offense to this. Most of us are smart and would like to be treated that way… After all, if we have access to the whole world wide web, we have enough responsibility to be addressed like adults. We can understand proper terms and large words, and even if a teen doesn’t, he or she will appreciate that you didn’t dumb down the content just to reach them.

2. Don’t rely on Facebook to reach the teen population. News flash… Facebook is for the generation before us. You won’t get very far in terms of grabbing teens’ attention. Go to instagram, snapchat, or twitter to find the cool kids ?. (But don’t spam us all the time!!!)

3. Don’t say “Hey kids!” or “Hey teens!” because let’s face it: teens want to grow up as fast as they can; thus, they won’t answer to a calling that they think shouldn’t apply to them. Yeah, we’re stubborn and wish we were 21 already. Let us figure out what we’re interested in. Do not tell us by titling it something like, “For Teens.”

4. Don’t use links. As everyone already knows, generations Y and Z are thought to be lazy, totally making sense in that everything we do is digital or automatic. Teens have so much feed to go through, and we “don’t have time” to click on links. (Even though we are just wasting time all the time on social media anyway, we have priorities.) Long story short, as we scroll through twitter, don’t use a link to Instagram or Facebook, just post a direct image or at least something to catch our attention directly. Specifically for Instagram, we don’t ever check the “links in bio,” which are super inconvenient as we would lose our place in our feed. Facebook, like I said, is not even a thing for teens anymore. We like the easy way, so show us what you want us to see.

5. Don’t refrain from direct messaging, but keep it at a minimal. Everyone likes to feel special, so if we see a little number on the corner of the mailbox on Instagram or the little notification from a twitter DM, we’ll get excited. Once is enough though because no one likes stalkers. If teens are interested, they will follow up, but don’t bombard us with notifications for something we don’t want.

6. Don’t assume teens are mainstream. This generation especially is told to express themselves and be creative. There are many “hipsters” around these days who don’t resort to KISS FM or Forever 21, so don’t expect us to respond to a typical teen attraction because many of us are not interested in following the main flow of typical teen likes. Instead, go for a more broad, urban, or artsy feel of content. Not saying everyone will like this, but the majority of the crowd that you want will find this advice true for most.

“We’ll recognize that you are trying to reach us in a gentle way without being that embarrassing dancing parent.”

7. Don’t use slang… please. This is something that should be kept in the circle of teen discussions because this is our language. We don’t expect you (as an outside source) to speak our language. Some words are okay, but there is a fine line between what you should use and what you shouldn’t use to reach us. For comparison, it’s like your dad saying, “This is lit” or responding to you with the simple word “Gucci”… Just plain embarrassing. Stick with words like “sweet” or “cool” to play it safe. We’ll recognize that you are trying to reach us in a gentle way without being that embarrassing dancing parent.

8. Don’t forget that some teens have an interest in politics! This seems like a boring topic but can actually be useful. If you haven’t checked the news in the past year, there have been plenty of Bernie Sanders’ rallies which have contained pretty much all millennials and younger teens. Our generation is mainly progressive democratic. According to NPR, a Harvard poll revealed that 3 out of every 5 young Americans would rather have a democrat as president than republican. Also, 74% of millennials oppose Trump (phew!). This is valuable information going into social. Mentioned before, teens try to act older than they are, so they will be invested in more political debates and beliefs leading to the conclusion that talking about or siding with a political party preferred by teens is a good idea. This way, they know that whatever you are offering them can be trusted, especially if they see your company or whoever is at the other end of the fishing pole sharing the same beliefs. Trust me with this one.

9. Don’t rule out the teen audience when advertising products and services for the older crowd (of course with discretion ?). Teens, including myself, constantly try to get our parents in “the know” because frankly, they’re usually pretty behind on what’s current. Besides Facebook and commercials on Bravo and NBC, we are one of their only inlets of knowledge. This kind of means that we are in charge of keeping them healthy and safe, so products and services that promote these two categories are noticed by teens and young adults and told to our parents, grandparents, uncles, aunts, etc. In my opinion, this is the most underrated way to reach the older population.

10. Don’t hesitate to promote your charity work! Millennials and Generation Z are known for wanting to change the world and help one another, most at least. Even though people think we have it easy, no one realizes the crap they left for our generations to fix (like global warming, racism, inequality, etc.). Therefore, we are attracted to products and services that not only benefit us but also benefit strong causes. Some specific causes we like to aid are environmentalism, world hunger, cultural acceptance, homeless animals, and basically anything under the rainbow to strengthen our world ✌?. 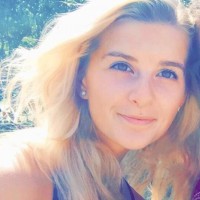 View all posts by Tea Chura →