In watching an interview with the founder of Foursquare, Dennis Crowley, something he said struck a chord. Dennis noted that one of the main things Foursquare figured out early on is a way for the merchant to cater to their loyal customer, as opposed to the 2010-2011 blitz of Grouponic deals, catering to the deal crazed patron. Much of the feedback regarding the flash deals is negative. Why? Because the deal crazed person is not typically loyal. So, its definitely a head scratch how and why companies spend money trying to attain new customers rather than keep their loyal customers.

My experience with Comcast and why they should follow Foursquare

Comcast cable, which is a major cable provider in Illinois and various other parts of the country spends millions in advertising. Actually, in 2009 Comcast spent $439 million dollars in marketing, slightly higher than the satellite dish companies but about 25% of what AT&T or Verizon spent in the same year. Comcast’s big marketing push is a limited time offer with hopes that their customers will be complacent with a cable bill that increases ~30%+ the following year. It’s a hard pill to swallow. It was for me.

The year ended and the bill came which was 30% higher than the previous month. Eek. So in an effort to save some dough and with all the confidence I could lower the bill I called Comcast. After being transferred to a number of people and being told that there were no specials for EXISTING customers, just new customers, I decided to cancel. So, I was transferred to a rep who attempted to save my business by offering me what amounted to nothing. Frustrated after pleading my case to reduce my bill, I then cancelled.

At that point, it wasn’t the money; it was the fact that no one cared about my business. Albeit, I was one out of thousands of customers and what could I do. I thought at the time why would Comcast spend so much time catering to new business without taking care of their existing business. What kind of business plan was this?

Two Lessons learned
1- Like Foursquare, I believe in loyalty. I would rather have customers that are loyal than Groupon-a-saurs looking for a deal (of course there are exceptions to this rule). Keep the loyal customer happy.
2- Don’t say “NO”. Even if Comcast offered me a t-shirt I would have stayed. Something other than “NO” is essential in trying to keep a customer. “NO” is just an ugly word.

I still don’t have Comcast yet I haven’t lost a megabit. 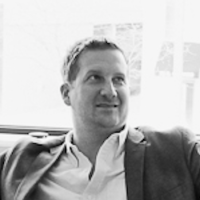 Joe began his career on the Ford assembly line at age 20, reading his college textbooks seconds at a time in between building cars. Over the next decade Joe gained experience at many different levels in the automotive industry, including running Ford’s regional sales team and a stint as General Manager of two dealerships, where he increased internet sales by 300%. Combining his passion for computer programming and innovation, Joe co-founded Launch Digital Marketing (LDM) and Dealer Inspire (DI) to bring new retail technology and better online experiences to both car dealers and shoppers. View all posts by Joe Chura →